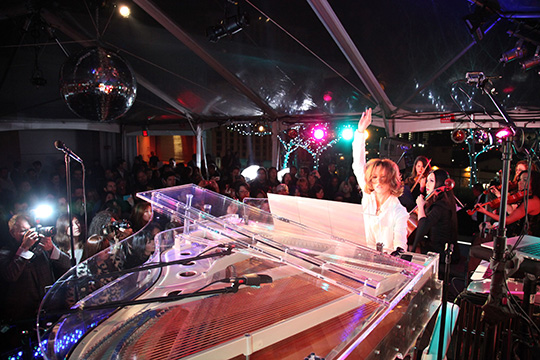 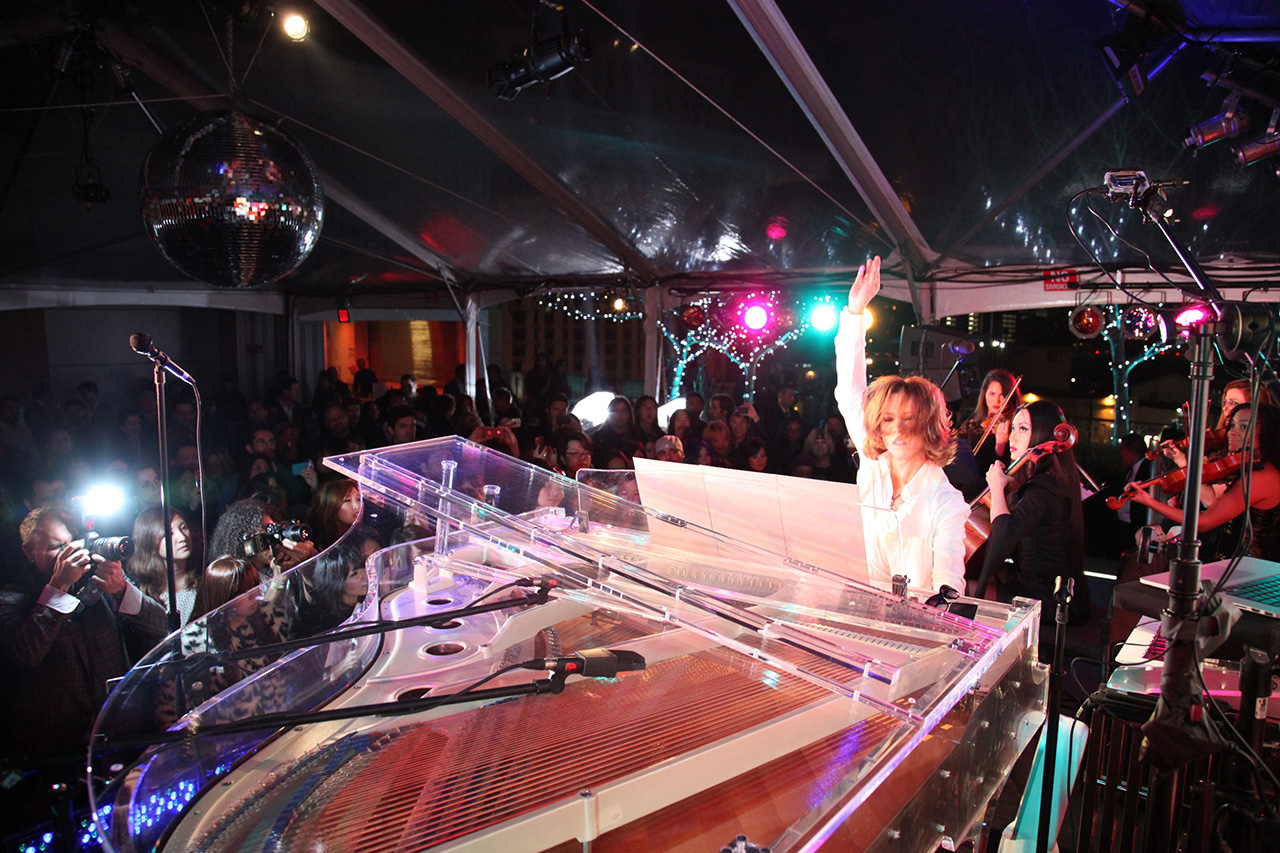 On February 19th, the GRAMMY Museum unveiled their Yoshiki exhibit which puts the influential rock icon’s signature crystal piano, flamboyant wardrobes, and other items on display. The exhibition explores Yoshiki’s fascinating career and follows the museum’s unique collection on Ringo Starr. Yoshiki is the first Asian artist to be honored with an exhibition by The GRAMMY Museum.

Last night – which was hosted by comic book legend Stan Lee and head of music at William Morris Endeavor, Marc Geiger – not only featured an exclusive performance on The GRAMMY Museum’s Target Terrace, but also included Yoshiki’s world tour announcement in support of his acclaimed new album Yoshiki Classical.

The first leg of this highly anticipated and long awaited tour will kick off in the United States and includes performances in:

Yoshiki Classical debuted at #1 on the iTunes Classical Music chart in 10 countries around the world (along with 4 Top 10 debuts), and has been spotlighted by Billboard Magazine, MTV, Reuters, and AOL, to name a few. Pianist Magazine raved Yoshiki Classical is a “true labor of love from a talented artist who’s made an impressive mark within the classical and rock genres.”

About Yoshiki
Yoshiki, one of Asia’s most influential music artists and biggest rock icons, is a songwriter, drummer and classically trained pianist. His rock group X Japan has sold 30 million singles and albums combined and filled the 55,000-seat Toyko Dome a record 18 times. Now the band’s popularity is spreading throughout the world, having recently completed a sold-out World Tour, performing in North America, Europe, Latin America, and South East Asia. In 1999, Yoshiki composed a piano concerto that he performed with a 77-piece orchestra to celebrate the tenth year of the Emperor of Japan’s reign. In 2005, Yoshiki composed the theme song and conducted the Super World Orchestra at the opening ceremony of the World Expo. Previously, Yoshiki also recorded a classical album co-produced and arranged by acclaimed Beatles producer Sir George Martin and performed by the London Philharmonic Orchestra. Beyond music, Yoshiki has his own Visa Card and MasterCard issued by one of the largest Japanese banks. Recently, the legendary Stan Lee created a Super Hero based on him, and he was the first person for whom a Hello Kitty product line was named (“Yoshikitty”). In 2010, he launched the non-profit organization Yoshiki Foundation America (http://www.yoshikifoundationamerica.org), which continues to donate to various charitable organizations, including supporting Japanese Earthquake victims. Follow Yoshiki on www.twitter.com/yoshikiofficial, https://www.facebook.com/YoshikiOfficial, and http://www.yoshiki.net

About The GRAMMY Museum
Paying tribute to music’s rich cultural history, this one-of-a-kind, 21st-century Museum explores and celebrates the enduring legacies of all forms of music, the creative process, the art and technology of the recording process, and the history of the premier recognition of excellence in recorded music — the GRAMMY Award. The GRAMMY Museum features 30,000 square feet of interactive and multimedia exhibits located within L.A. LIVE, the downtown Los Angeles sports, entertainment and residential district. Through thought-provoking and dynamic public and educational programs and exhibits, guests can experience music from a never-before-seen insider perspective that only The GRAMMY Museum can deliver. 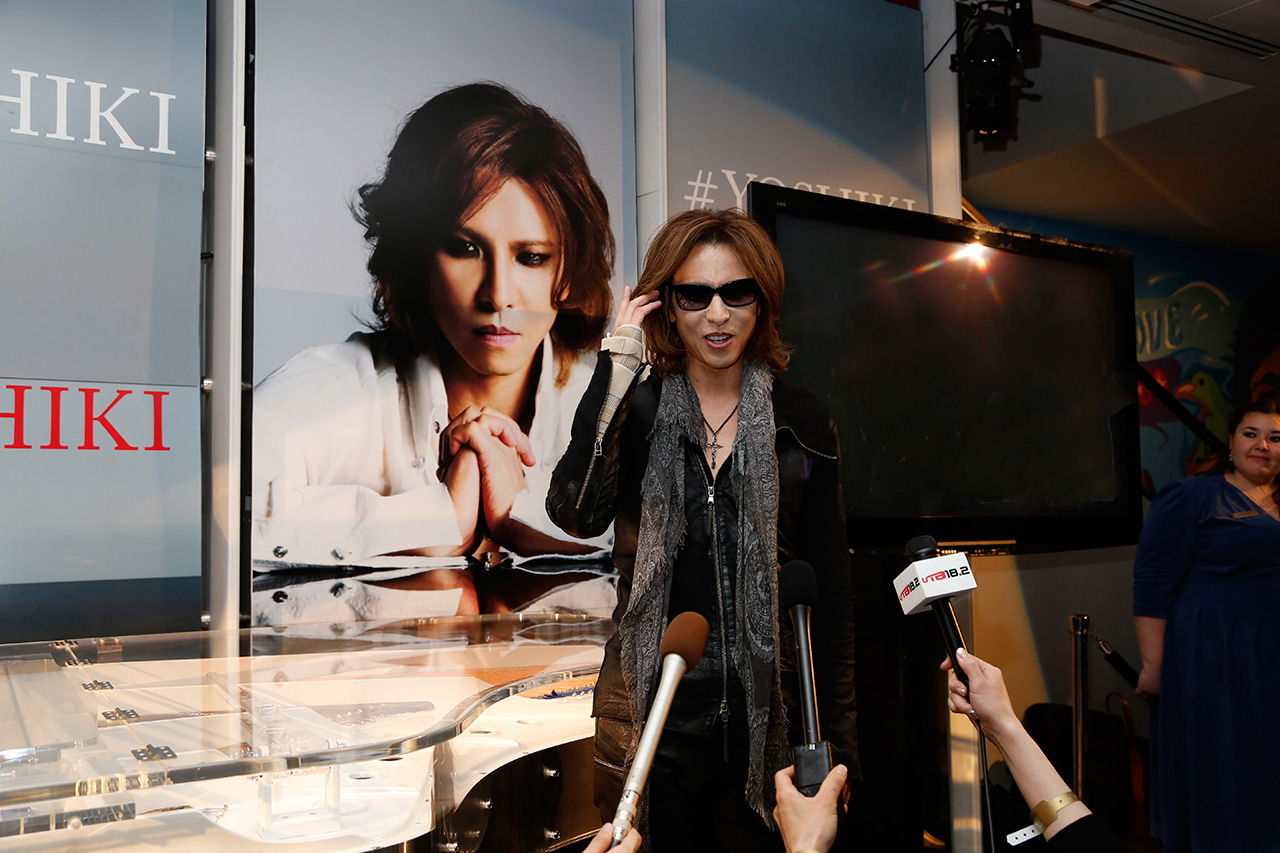 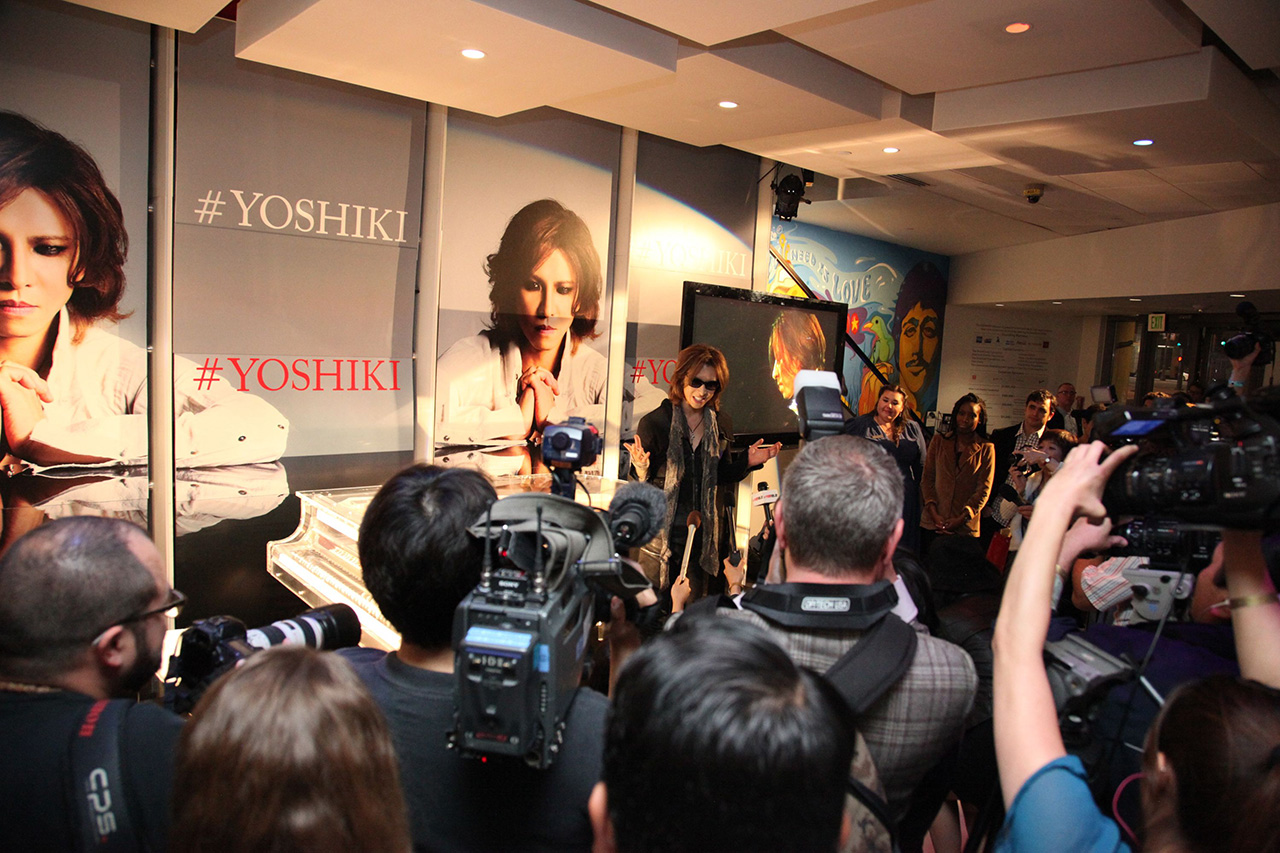 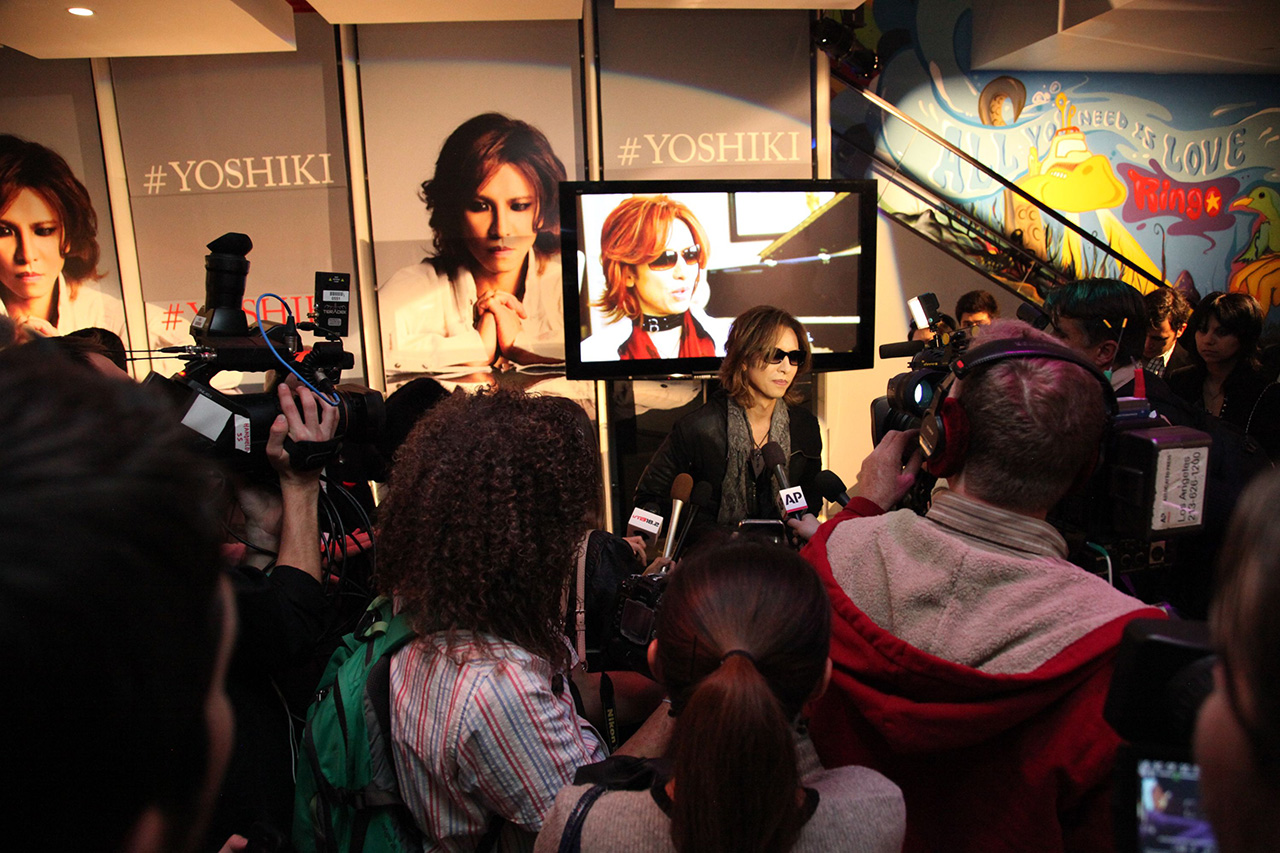 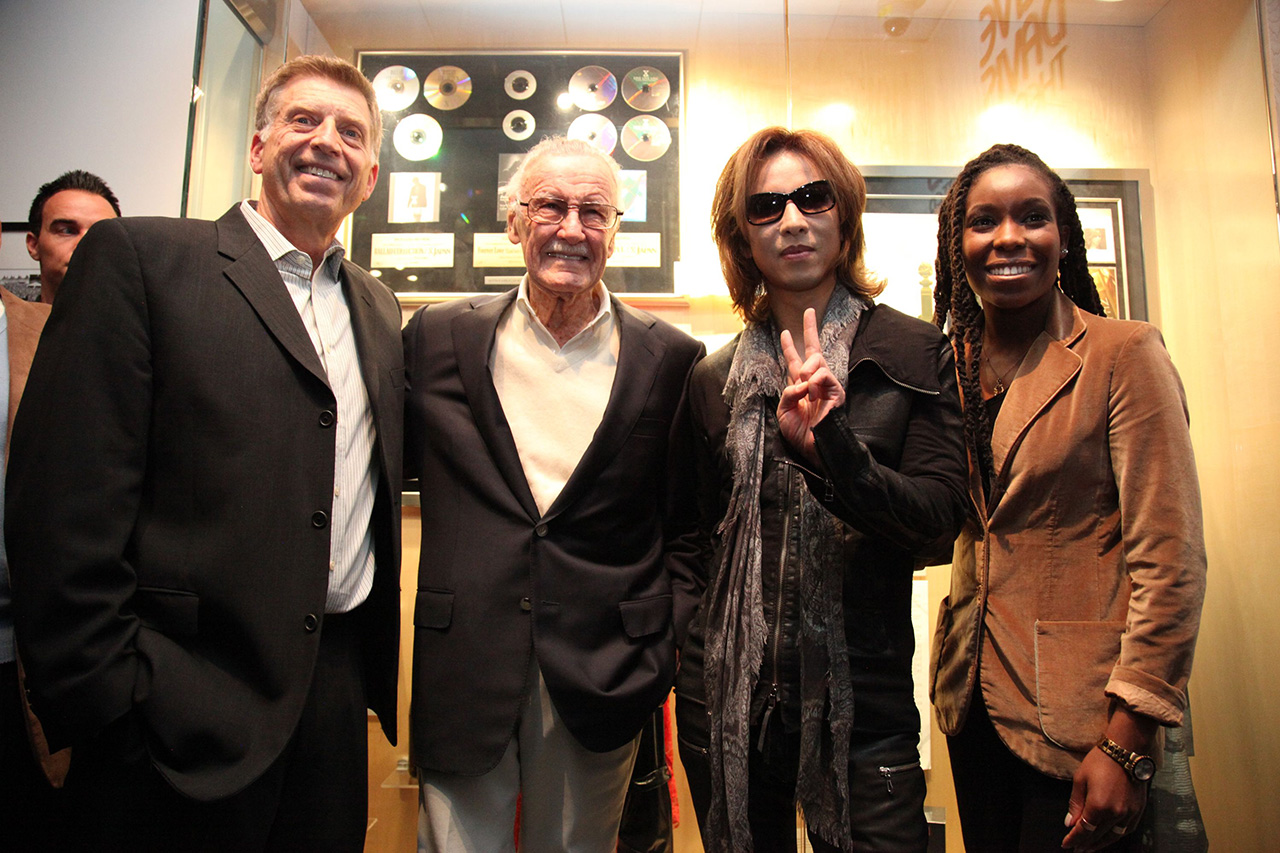 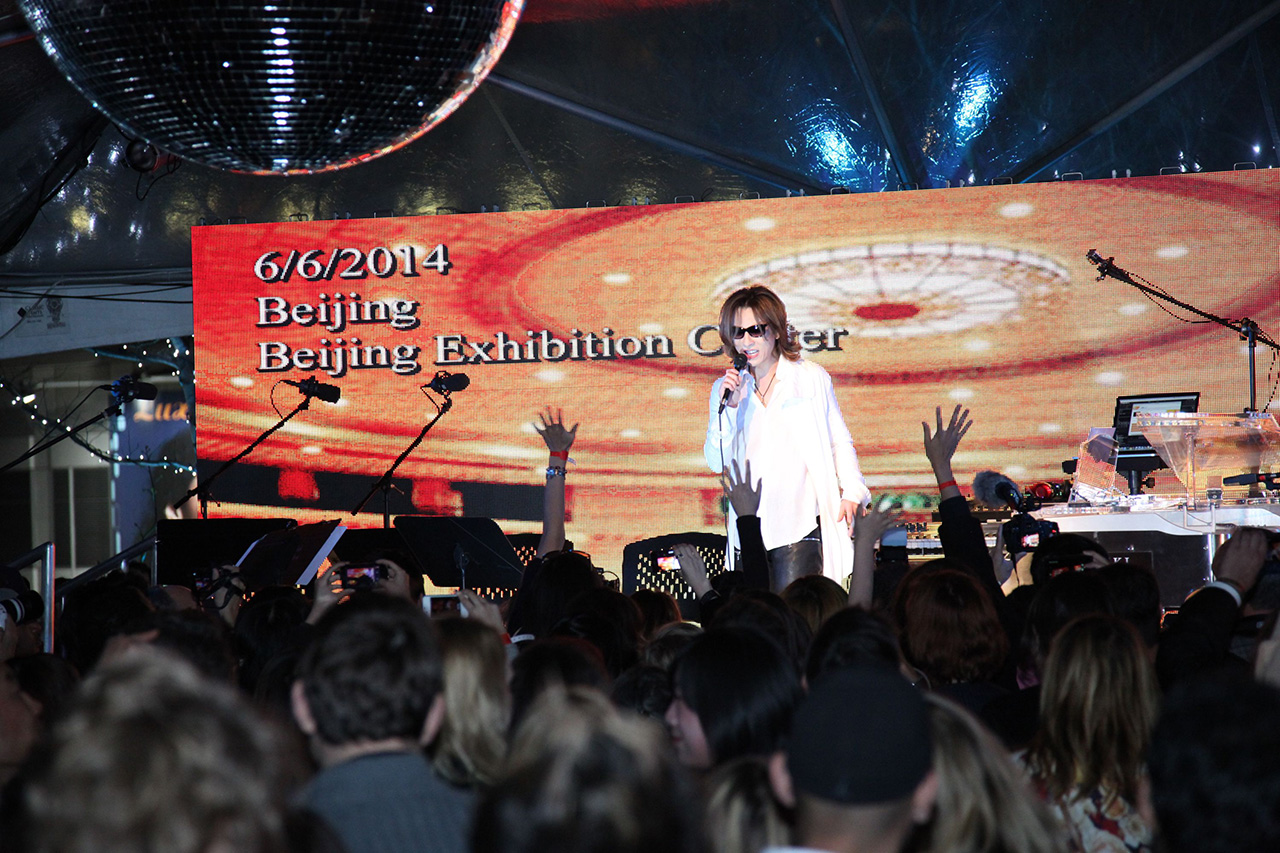 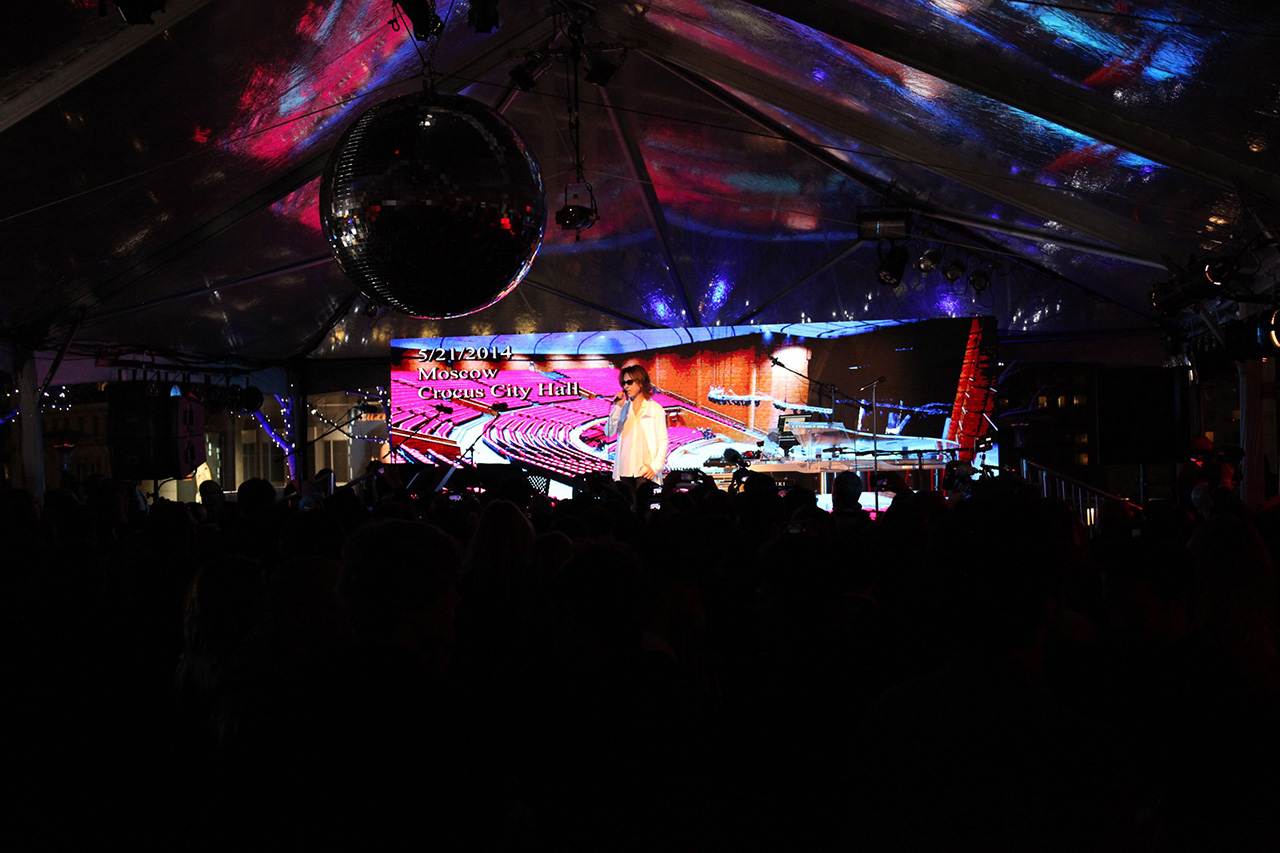