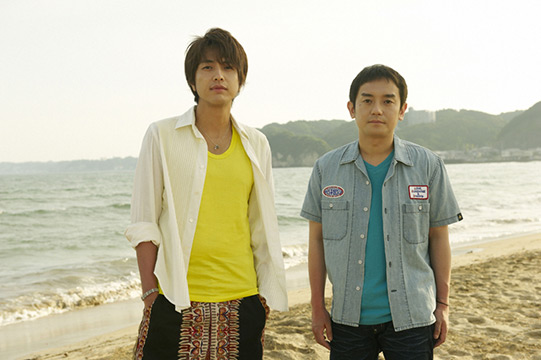 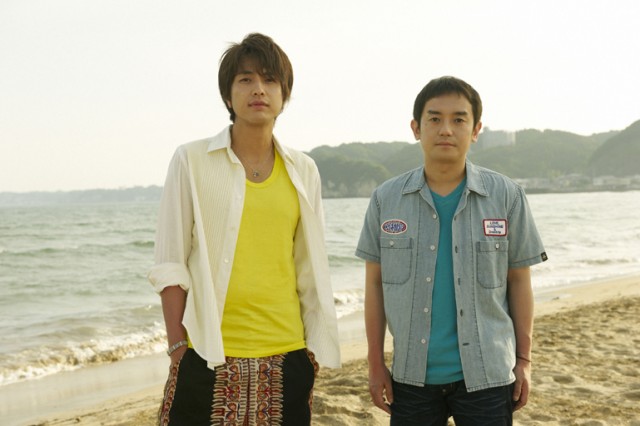 Yuzu’s first album in 2 years and 3 months, “LAND” will be released on May 1st (Wed). Details on tracklist and album artwork were revealed.

The artwork for the new album, “LAND” was done by renowned, modern artist, Takashi Murakami. Murakami has worked on Yuzu’s work on several occasions in the past: He has worked on artworks for Yuzu’s 12th single, “Again 2” and 4th album, “Yuzu More”. Furthermore, he has made appearances at Yuzu’s events and worked on the artwork for Yujin Kitagawa’s “Niji”.

This will be Murakami’s first time in 8 years to work on Yuzu’s artwork since the 2005 greatest hits albums, “Home (1997-2000)” and “Going (2001-2005). While Yuzu were still working on their new album, they approached Murakami to work on their artwork, and Murakami took the job without hesitation. Murakami listened to the songs on the album to come up with the most fitting artwork from scratch. The resulting work is fantastic.

The artwork features the 2 members of Yuzu standing in front of a burning circus tent along with various characters. The artwork was inspired by the title track, “LAND” and symbolizes the state of this day and age –a very unpredictable, shaky time.

Under any circumstance, Yuzu has continued to create music for the people. They have created music that will support and enliven people’s lives. Their sole purpose is to perform to bring smiles to the faces of people, just like a circus show. It is as if to symbolize the determination of Yuzu in this chaotic day in age. This new work by Murakami deepens the album.

Along with information on the artwork, the tracklist for the album was revealed. Along with the already-released singles, “REASON”, “Iro Toridori”, “with you”, “LOVE & PEACH”, “Mata Ashita”, and “Shou”, self-cover version of “Nagareboshi Kirari (Yuzu Version)”, which they provided to voice actresses (Megumi Han, Mariya Ise, and Aya Hirano) of 2012 TV anime “HUNTER×HUNTER”. The song will be inserted as ending theme song for “HUNTER×HUNTER” (Chimera Ant Series), which starts on April 21st (Sun). This will be the second song by Yuzu to be inserted as ending theme song for said anime (the first being, “REASON”, which is used right now).

The title track, “LAND” has been chosen to be used for the commercial for the body soap, “Mellsavon”, beginning on April 25th (Thur). Furthermore, starting April 25th, a Mellsavon and Yusu special collaboration set will begin selling at about 1,000 Aeon and Daiei stores across the country. It will be a limited number sale of 100,000. This limited edition will come with a CD with a special acoustic guitar version of “LAND”. This version will not be inclu
ded in the album.

Comment by Takashi Murakami
It’s been 10 years since I first collaborated with Yuzu. I think this time was monumental. When I listened to the demo for “LAND”, Yuzu’s raw, soulful singing since the earthquake struck me. I was so moved. Many thoughts crossed my mind. I saw the reality of the Japanese people: faced with anxiety and living under dogmas. I felt that it was my duty to depict that grandiose vision. I put my heart and soul into drawing “chaos” as theme. It’s a piece I finished while shouting, “there’s no way I can top this!”

Comment by Yuzu
Yujin Kitagawa
I’ve had the pleasure of collaborating with Mr. Murakami on numerous occasions, and he has moved me with his fantastic works. I’ve always felt that there was sort of a chemical reaction between our vision and his vision of our music. They’ve always been different, and that made it interesting. However, with “LAND, we feel like, we were able to connect at a very deep level. While we were working on the album, we’d get a chance to see some of the finished work by Mr. Murakami, and that has inspired us to right new songs. It was incredible. I’d like to thank him for putting his soul into our work that we put our soul into. I’m very appreciative for being able to meet Mr. Murakami, and be able to play an ideal game of artistic “catch” with him.

Koji Iwasawa
I’m very happy to get a chance to work with Mr. Murakami again. He’s always been there for Yuzu, when we were at a turning point. Thank you for the magnificent work.