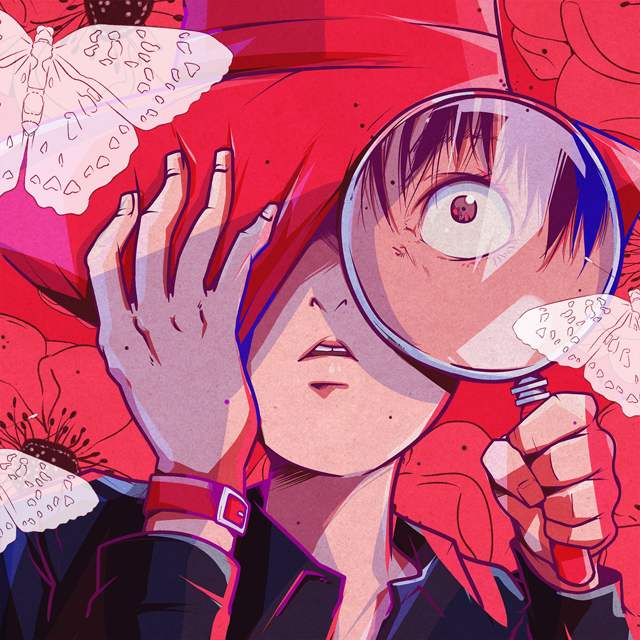 amazarashi is a band led by Hiromu Akita.
In December 2009, they released an album 0. as a limited release of 500 copies in Aomori. Since the album created a lot of buzz and they were flooded with inquiries, they eventually released the album nationwide as 0.6.
As the intense worldview of their lyrics grabbed the attention of listeners with quick ears, they made a major debutwith How To Make A Bomb released from Sony Music in June 2010.
“a band led by Hiromu Akita from Aomori”
It was the only information officially shared about the band, but they have expanded their fan base by word of mouth, mostly through the internet, to such an extent that their latest album Hey Mom, It’s Just As You Say went up to the number 8 in the Oricon weekly album chart.
When performing live, they have a unique style where they play behind a screen that covers the whole stage and projects various images to go along with the music. Their shows have been much talked about, and some say it gives the audience a sense of watching a film and enjoying live music at the same time.
They are also known as their music videos with CG animation and have won a variety of awards worldwide.
In 2010, their music video for “Waiting for the Summer” won the Excellence Award at the 14th Japan Media Arts Festival. amazarashi’s “Waiting for the Summer” and sakanaction’s “Arukuaround” were the only music videos that won the awards that year.
Furthermore, they have attracted interest throughout the world as they won prizes at Annecy International Animated Film Festival (originally a part of Cannes Film Festival) in France, SIGGRAPH ASIA 2011 (the world’s biggest computer graphics event), one dot zero 2011 (a digital animation festival in London), and more.
Official Website: http://www.amazarashi.com/
Facebook: http://www.facebook.com/amazarashiofficial
Twitter: http://twitter.com/amazarashi_bot
Official mobile club: http://m.apologies.jp