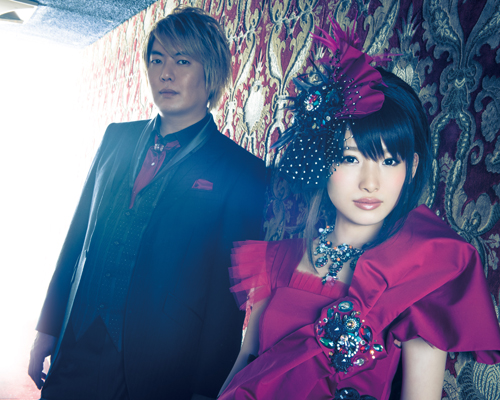 A composer and producer, Satoshi Yaginuma, known as Sat and Yoshino Nanjo(vo), a popular voice actress, formed the duo. Sat started the activity in 2002 and Yoshino joined in 2009. They released the opening theme song of “Toaru Kagaku no Cho Denjiho”, titled “only my railgun”. After that, they did a lot of anime and game songs until they estabilished their style with an album “infinite synthesis”. December 2012 marked their 10th anniversary, and they released an anniversary album “Decode”. In May 2013, they released their first single in their 11th year titled “sister’s noise” and Live DVD/Blu-ray titled ”10th Anniversary Live 2012-Decode Tokyo”. “sister’s noise” ranked first in Oricon Weekly chart, followed by a collaboration with Tetsuya Komuro “eternal reality” in August, establishing their presence in and outside of anime song scene. In September, they released their third album “infinite synthesis2”.
Official Website: http://fripside.net/
Universal Music: http://www.geneonuniversal.jp/rondorobe/music/fripside/index.html
NicoNicoDouga: http://www.nicovideo.jp/tag/fripSide