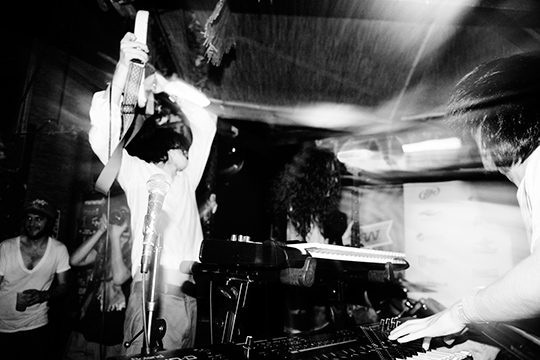 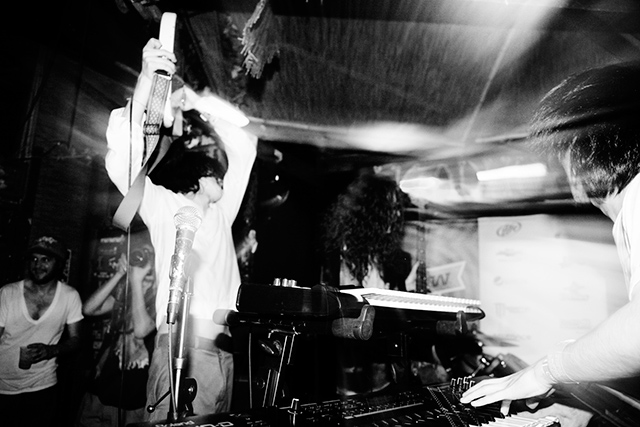 LAGITAGIDA, who have just released their first single “Terrible Boy / Uncrackable Nuts,” has released a music video.
Shot in one seamless take, the music video is a visual document of a recording session that was made open to the public, and it has the look and feel reminiscent of a live show. The raw video was shot on smartphones of nearly one hundred fans present at the event. Here are some comments from the band’s leader, Ohtake, the director, editor, and the originator of the idea for the video.

So sorry to keep you guys waiting!! We finally finished our music video. I think I underestimated how difficult a three-minute video could be… Anyways, I spliced together reams of small clips of some fine riffs we were playing as rough cuts, you see. We weren’t overly concerned about the details at that point, which was a good thing because what we ended up with is a real joyride of a production that’s about 80% complete chaos. In fact, you could say the video is an amazing, chaotic masterpiece! At any rate, give it a try, yeah?

This project was something I have always wanted to do and my heartfelt thanks go out to all who showed up to help us out. You guys have my thanks from the bottom of my heart. The videos you guys took beautifully capture our band’s sound and clearly show what a great live recording it was. I’m sure viewers are going to get just as excited as we all were at the event.

I want to make a recording of a live show we’re going to have at Mount Osore in the same way! Hope y’all join us and participate again!

Ohtake Kohhan（LAGITAGIDA）
To commemorate the release of their new single, LAGITAGIDA will hold the solo live event “CaterpiRhythm #07” on December 20th. The opening act will feature a band chosen via public auditions.