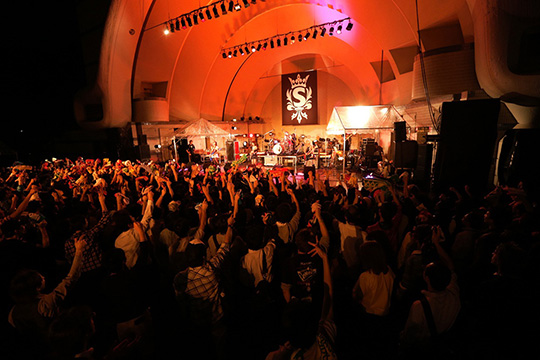 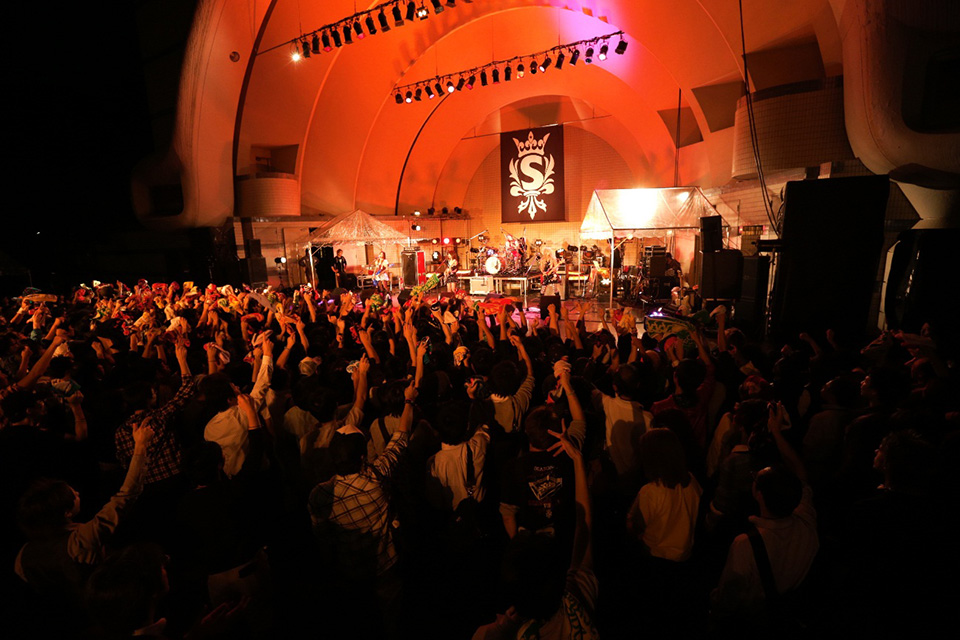 A girls-band SCANDAL released their 4th album “Queens are trumps- Kirifuda Wa Queen-” on Sep 26th charting #2 at Oricon(Japanese Billboard) daily ranking in the first day. This is their highest album ranking on Oricon daily chart ever in their history. Their catchy songs, charming looks and aggressive live performance have been attracting many fans and the band is spreading in its popularity. SCANDAL will be performing at Osaka Castle Hall (capacity of 16000),a large venue that the band dreamed of performing since their debut through independent label.
To celebrate the release of their 4th album, they held a free live concert at Yoyogi Park, an open-air stage on Sept 27. Free tickets were distributed at 3 record shops in Tokyo to the album purchaser. Tickets ran out immediately on the spot.
The concert was live-streamed on 6 websites, which are JAMBORiii STATION, Ameba Pigg, YouTube,NicoNico, Ustream and YATTAR JAPAN. SCANDAL’s experience of performing worldwide in the last couple of years provided a spark for YATTER JAPAN ,a site that spreadsJapanese pop culture to overseas market via live streaming.It was the band’s first trial.
The performance started at 18:35. When the band members appeared on stage, the venue was filled with deafening cries of joy from the 12,000 audiences. They performed in total of 9 songs for about 50 minutes, playing many hit tunes including “HARUKAZE” “LOVE SURVIVE” “DOLL” and so forth. During a talk session, HARUNA announced their concert in Malaysia will be coming soon then, the audience got surprised. Malaysian viewers were so delighted and sent back joyful message, such as “ We are so lucky!” , “We are waiting for you!!”. Viewers from the other countries also implored SCANDAL to come to their home.
This event was highly successful, attracting in total of 200,000 web viewers including 12,000 audiences at Yoyogi park. There were viewers from 30 countries; USA, Australia, France, Germany, Spain, Italy, Hungary, Peru, Brazil, Argentina, Mexico, Mongolia, Taiwan, Hong Kong, Korea, Malaysia, Thailand, Singapore and Indonesia and so forth.
SCANDAL will be coming to Malaysia in …December!
Details to be announced soon. 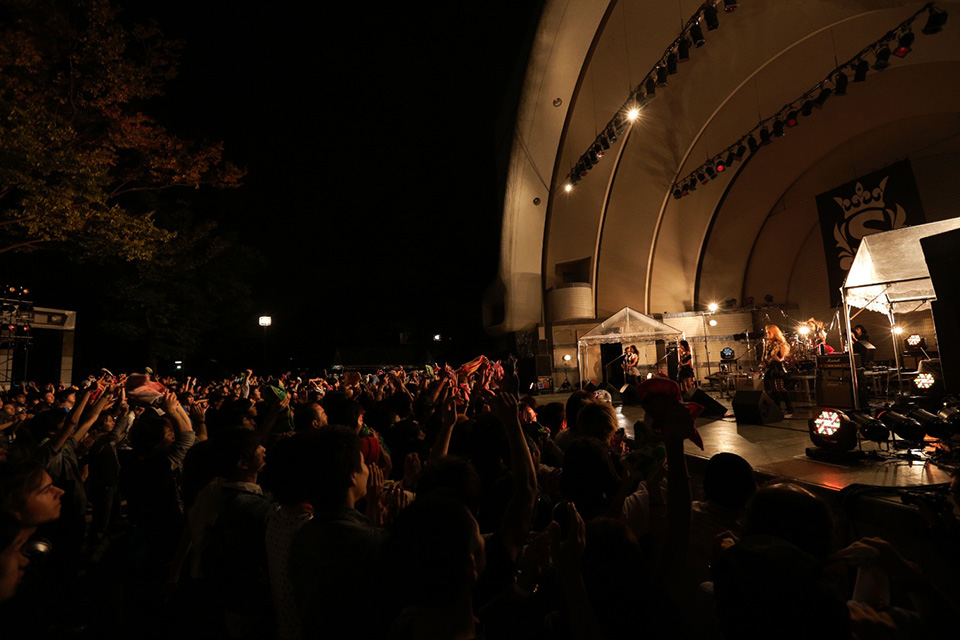 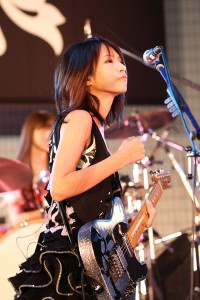 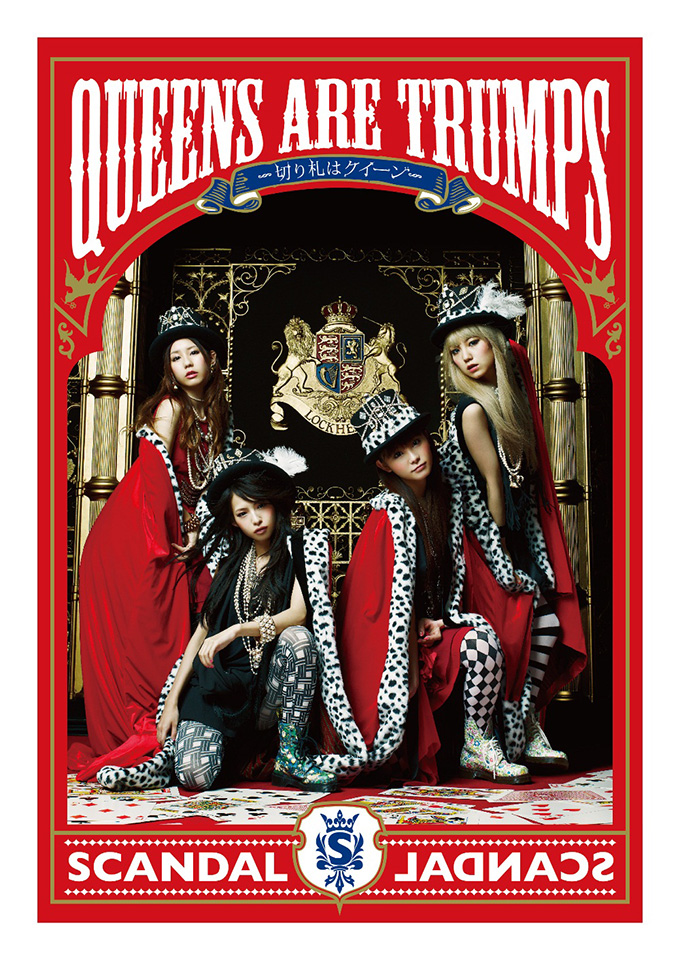 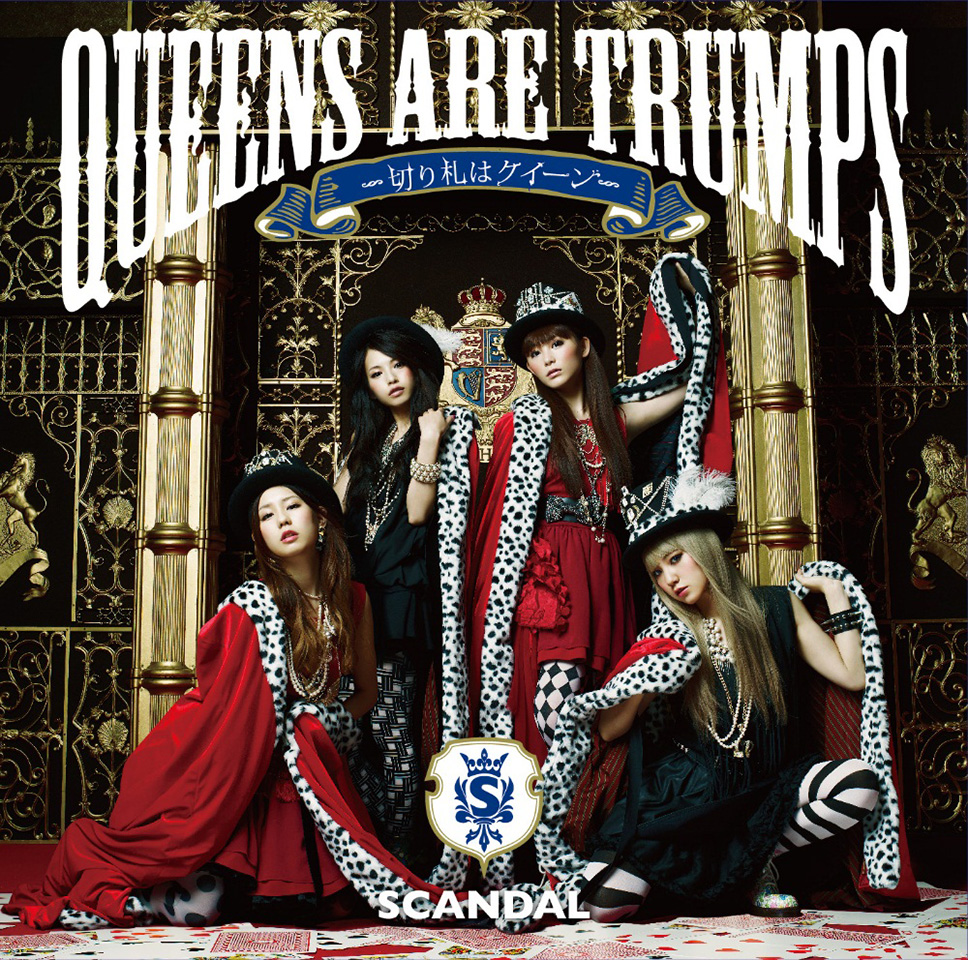 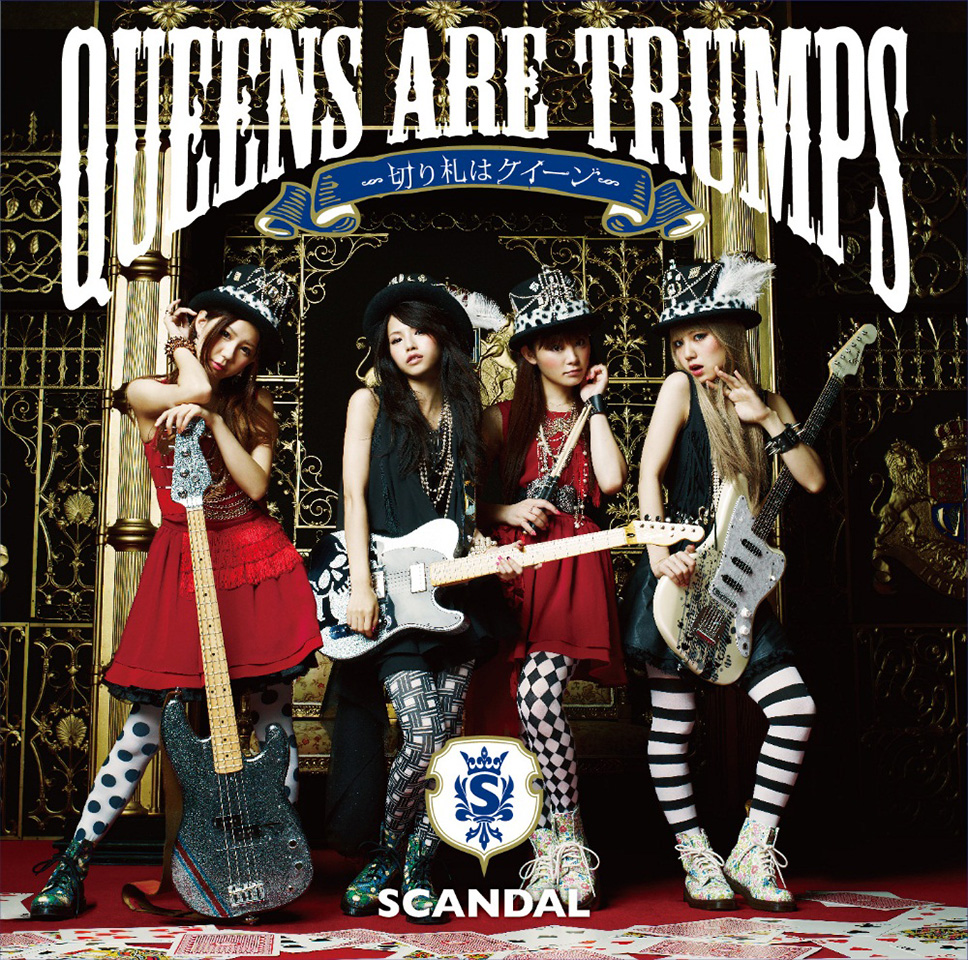 ■Standard Edition: CD
ESCL3975
￥3,059(Tax included)
Release outside Japan
■Physical&digital releases
Hong Kong September 26, 2012
Korea September 27, 2012
Indonesia September 29, 2012
and more…
■iTunes Releases
September 26, 2012
United States, Canada, Argentina, Brazil, Chile, Colombia, Peru, Austria, Finland, France, Germany, Italy, Netherlands, Spain, Sweden, Switzerland, United Kingdom, Australia, New Zealand
【LIVE】
■SCANDAL SPECIAL LIVE IN MALAYSIA 2012
Date：Dec 1 (SAT) 2012
Venue: KL LIVE ,Kuala Lumpur, Malaysia
■Osaka Castle Hall Live
Date：March 3(SUN) 2012
Venue:Osaka Castle Hall
【SCANDAL YouTube/VEVO】
http://www.youtube.com/scandal4vevo
some area/countries may have limitations in viewing including Japan
【SCANDAL BIOGRAPHY】
SCANDAL was formed in August, 2006 with four high school girls who went to the same vocal & dance school in Osaka, Japan. They started performing as SCANDAL with aggressive sounds with pop characters. After it was formed, they often performed on the street of they called Shiroten in Osaka Castle Park. After a while, they started performing at the live house in Kansan area.In March 2008, they were invited to Japanese culture convention Sakura-Con in Seattle, and they went around six cities in the U.S to see over 7,000 fans of them. In July 2008, they generated 10,000 people to Japan Expo in France and 8,000 to Anime Comic Fes in Hong Kong in August. In October 2008, they released “DOLL” as their debut single. “DOLL” was rewarded for Power Play from over 40 FM/AM/CS radio stations in Japan. In June 2009, they released their 3rd single “Shoujo S”, and it was ranked 6th in the first week on Oricon chart, and 5th on Reco-choku Chakuuta Full (Full digital download provider) weekly chart. On October 21st, they released their first album “BEST★SCANDAL” and ranked 5th on Oricon chart in their first week of the release. For the girls band’s album to be awarded within 5th in their first week of the release was the first time in 7 years and a half. In 2009, they were rewarded for New Face Award from Japan Record Award. – New Artist Their 7th single “Shunkan Sentimental” a tie-in song with the smash-hit animation series “FULLMETAL ALCHEMIST”, has again scored high on the charts. #7 on ORICON and #4 on the Reco-choku full (full track download) chart. They released their 2nd album “TEMPTATION BOX” in August 2010, and this was awarded 3rd place on Oricon daily chart. In October, “Scandal nanka Buttobase” was released, and awarded 3rd place on Oricon weekly chart, the highest ranking on Oricon weekly in their history ever. In April 2011, single “HARUKA”was released and it also ranked #3. In August 2011, their 3rd original album “BABY ACTION” was released, followed by “VIDEO ACTION”, 1st video clip collection DVD. They also went on Asia tour, first tour outside Japan, and gathered 2,500 audiences from Taiwan, Hong Kong, and Singapore. In March 28 2012, SCANDAL held the concert in Nippon Budokan, one of the high status venues in Japan. The band released a single “Taiyou Scandalous” in July 2012, and charted No.2 at Oricon weekly ranking. SCANDAL will be releasing a new single “Pinheel Surfer” and eagerly-awaited 4th album “ Queens are trumps-Kirifuda wa Queen-” on Sept.26. On March 3 2013, SCANDAL will be performing at Osaka Castle Hall, a venue with 16000 people capacity which they’ve ever dreamed of for a long time.
【Merchandise store for customers outside Japan】
http://www.official-store.jp/scandal-en/
【Merchandise store for customers in Japan】
http://www.kitty.co.jp/webshop/scandal/