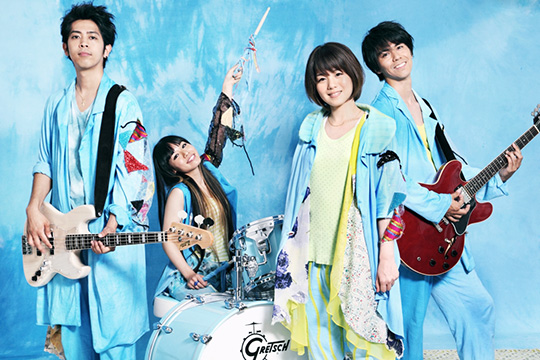 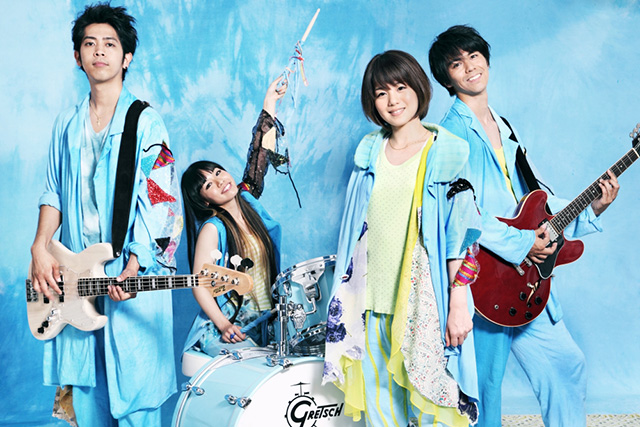 7!!(pronounced seven oops),a foursome band from Okinawa, Japan will release their 4th single “Sweet Drive” on Aug.22. This new single’s international digital downloading will be starting on Aug.21 in 19 countries around the world, and the band just exposed a new music video of “Sweet Drive” via VEVO/ YouTube channel.
For the new single, it’s their first time to shoot their music video in their hometown Okinawa, an subtropical island where it has a beautiful scenery of clear sea, blue sky, and vast sugar cane fields. This music video’s shooting took place outdoors, which lead the band’s facial expressions became more relaxed and vibrant. Vocal NANAE’s dazzling and vibrant smile will definitely attract and capture the hearts of the people’s mind. The new summerlike music video is directed by Hideo Kawatani who had been working with many artists such as Momoiro Clover Z and artwork is designed by Chie Morimoto(goen°) .

The band’s comment on this music video is as follows:
This music video’s shooting was the most fun ever! It was our first experience to shoot in Okinawa and also outdoors that we all could become ourselves and perform. In this video, we could express the joy of performing as a band.
7!!’s new single “Sweet Drive” will be available for international digital downloading on Aug. 21. The band will be performing live in “Anime Festival Asia Indonesia 2012” for the first time in Jakarta on September 1. It will be the biggest anime and Japanese popular culture event in Indonesia! Catch their performance in the AFA Indonesia 2012’s Super Anisong Stage!! They will be attracting much attentions from the people overseas
7!! Biography
7!!(pronounced seven oops)
A 4-pieces band formed on year 2004 from inOkinawa. The idea for the interesting band name actually came from the name of the vocalist, NANAE, by splitting the name into “7”(NANAE) and “Ee!!” (E). In English, it is translated to “seven” and “oops”. The group made a major debut on April 2011, singing “Fallin Love” as the theme song for movie “Highschool Debut”.
Their 2nd Single “Lovers” was the theme song for anime “Naruto-Shippuden”. Their 3rd Single “Bye Bye” was made famous around the world as the theme song for anime “Kimi to Boku.”. Additionally, the musical video of “Bye Bbye” also became a hot topic as famous actor and actress, Satomi Ishihara and Kei Tanaka took part in it. Currently, their latest song “Nijiiro” is used as the theme song for Asahi Beer’s “Fukuoka Softbank Hawk Support Project” and aired in the streets of Fukuoka. Also, “Nijiiro” was chosen as the Monday~Friday theme song for American Information Television Program “FCI Morning Eye” and the song is currently aired The 4th single “Sweet Drive”, that will include the long-awaited song “Nijiiro”, will be released August 22. At the same time, 7!!’s songs will be available on iTunes /Amazon in 19 countries around the world 21st of August onwards.
Official Homepage
http://7oops.com/
7!! VEVO
http://www.youtube.com/SevenOopsVEVO
(there are several areas/countries where VEVO cannot be accessed, including Japan and the US)
Ustream
7!! will appear on Ustream live show ! The show will introduce behind-the-scene footage of “Sweet Drive” music video and more ! Everyone from all around the world now have the chance to check out 7!! !
Date: Aug.22
Time:19:00-20:00 ※Japan Standard Time
Ustream：
http://www.ustream.tv/channel/amebastudio 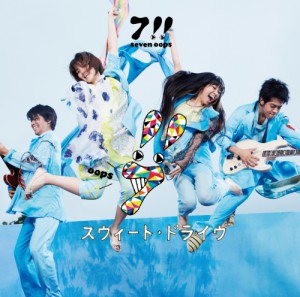