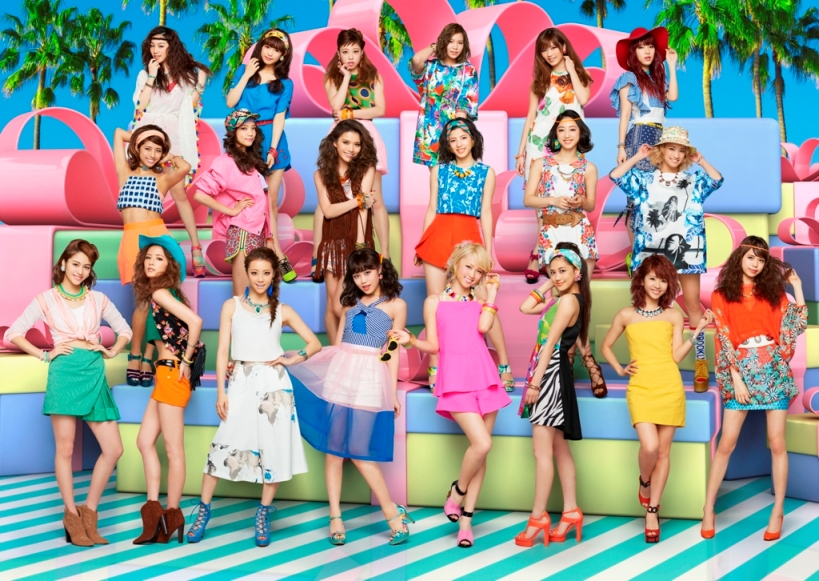 E-Girls is an entertainment project as EXILE’s sister dance band.
They made their sensational debut with their first single “Celebration!” in December 2011.
The third single “Follow Me” ranked second in Oricon Weekly Ranking and became one of E-girls’ anthems and long-sellers.
The forth single “THE NEVER ENDING STORY” was picked as the theme song for Biblia Kogido no Jiken Techo” aired on Fuji TV Monday 9pm. 5th single “Candy Smile” was a big hit with the collaboration tie-in with UHA Mikakuto “e-max e-girls”campaign.
On April 17th they released their first album “Lesson1”, ranking first in Oricon Weekly ranking.
They album became a long-seller ranking within top fivr for four consecutive weeks, which was the first achievement in 14 years and 7months as an artist’s first album.
They pick the best formation of the members from E-girl members to bring out the best performance according to the release timing , song concept or the visual image.
Since the member changes song by song, there is always chemistry by the combination of talents, which makes them versatile entertainment group.
E-girls keep shining like a diamond “the brightest”,” in so many colors” and “forever” in order to bring out Love, Dream and Happiness.
Official Website: http://e-girls-ldh.jp/