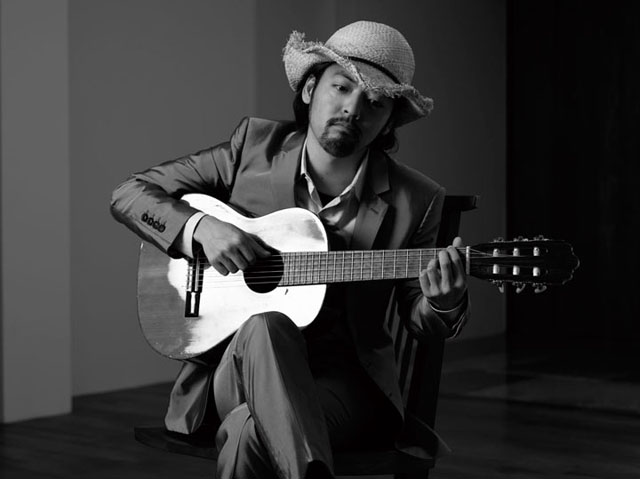 Nanao Tavito is a singer-songwriter born in 1979.
Ever since his debut in 1998, he has been causing sensation with his legendary three CD album “911fantasia”, and “Rollin’ Rollin”” and “billion voices”. In 2012 he released his latest album “Little Melody”.9
He has been organizing legendary events at local festivals, events and Ustreaming such as “Utano Jiko”, a life work of his where he sings solo, and “Hyakunin Kumite”, where he improv-battles with co-performers.
In 2013, he launched his new band “VOICE！VOICE！VOICE！VOICE！VOICE！VOICE！VOICE！”, which pursue musical possibility only with the voices. He is an artist to watch out. (The band consists of Hibiki Sakurai, a great human beat boxer,
Official Website: http://www.tavito.net/
Twitter: http://twitter.com/tavito_net
Myspace: http://www.myspace.com/nanaotavito