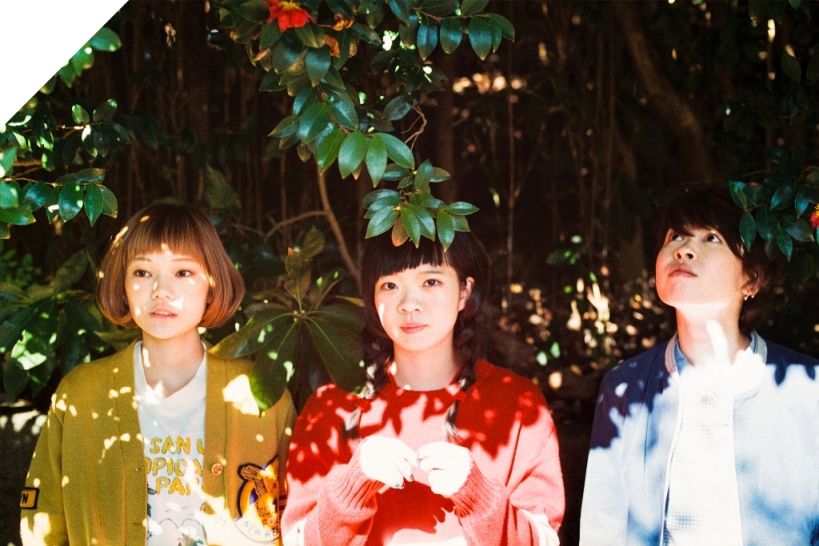 SHISHAMO has been drawing attention from boys and girls in their teens causing sensational girl and boy crush.
In spring 2010, they formed a band through high school club activity, and started a band actively as soon as their graduation. On November 13th 2013, they released their debut album “SHISHAMO” .
In 2014, they were picked for Specia Retsuden Tour, getting themselves known all over Japan.
On March 4th they released their second album “SHISHAMO2”. Their first solo show at Nippon Budokan was an instant sold out and was a big success.
On March second 2016, they released “SHISHAMO 3” and they went to a hall solo show tour that drew 20 thousand fans all over Japan.
On June 25th they had their first arena show at “SHISHAMO NO OSAKA-JOHALL!!!”.
Gt,Vo Tomoko Miyazaki
Ba, Aya Matsuoka
Dr, Misaki Yoshikawa
Official Website: http://shishamo.biz
Twitter: https://twitter.com/shishamo_band
YouTube: https://www.youtube.com/user/shishamoofficial